The clients were planning on carrying out a major refurbishment to their house and wanted a new terrace, which was to be large enough to accomodate a reasonable sized table and chairs , so that they could entertain. Also easy access into the garden was required from the new kitchen, which had wide bifold doors leading into the garden. Access was also needed to a rear garage door, which was situated beneath the kitchen, which meant that the levels were complex. We solved this by constructing a decked area accessed from the kitchen, an Indian sandstone surfaced terrace across the main width of the house and a grass terrace at a lower level. The client was also keen for the views to be umimpeded so addition terracing was constructed to create planted borders at a slightly lower level than the decked area. 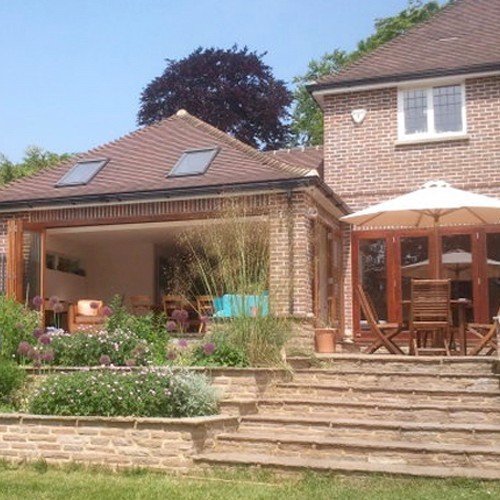 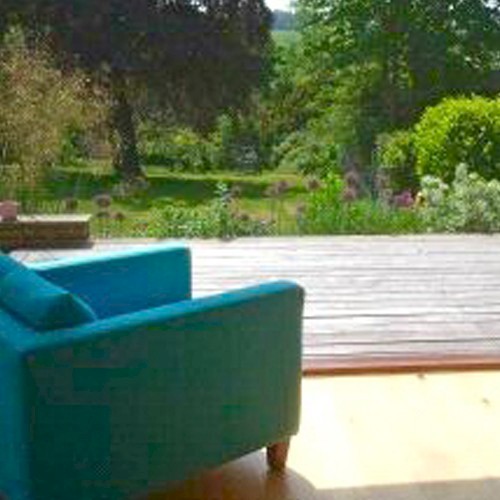 "Caroline’s thoughtful design has allowed our indoor living space to flow outdoors, accompanied by a changing background of colour and shape throughout the seasons. By listening to our wishes, Caroline was able to meet all our expectations and more."